While the Green Climate Fund is looking forward to make the wealthiest people on Earth even wealthier by distributing over 100 billion dollars by 2020, Al Gore, who is having a lot of trouble with getting rid of the PFTBA in his NASA fuel cells for his London HQ, and his buddies are also looking forward to that day because then the real big money will start to come in. Just to make sure, they already have their bets placed in companies such as HARA that sell software to track greenhouse gas emissions.

While the working people their (green) taxes will keep rising and the purchasing power will keep dropping, Gore and his pals will not hold back to buy bigger cars and fancier properties with this fresh pile of cash. No, it’s only you, the honest men and women, who will feel the pressure of the green fraudsters.

So here’s another attempt to make those who are not paying any attention aware of some crucial facts regarding the big and certainly the greenest scam.

As many know, including NASA, natural processes, such as tree growth, remove about half of the carbon dioxide from the atmosphere every year. But the carbon cycle includes more than only trees of course, as this video shows. It’s “to help teach the carbon cycle – or a simplified version of it – in a middle/high school biology class” says Melissa Landeen, who created the video. It’s probably an appropriate way to get the carbon cycle concept in the heads of those who work for the UN and the EU, of Al Gore and of Paul Hellyer who all behave like spoiled children anyway.

But lets continue and stop playing around. Shall we?

According to UPI, “rising CO2 levels have been greening the globe’s most arid areas in the past 30 years by fertilizing vast tracts of vegetation … Scientists at the Commonwealth Scientific and Industrial Research Organization say the fertilization effect occurs where elevated carbon dioxide levels enables a leaf to extract more carbon from the air during photosynthesis, the process by which green plants convert sunlight into sugar. It also leads to leaves losing less water to the air … with the result that plants in arid environments respond by increasing their total numbers of leaves.”

And here’s what Scott Denning, physicist at the Colorado State University has to say about CO2: “the more carbon emissions we dump into the air, the faster forests and plants grow.”

Atmospheric CO2 enrichment also results in monetary benefits says CO2Science. “The results indicate that the annual total monetary value … grew from $18.5 billion in 1961 to over $140 billion by 2011, amounting to a total sum of $3.2 trillion over the 50-year period 1961-2011. Projecting the monetary value … forward in time reveals it will likely bestow an additional $9.8trillion on crop production between now and 2050.”

Still, this may not be enough to convince the people who are having doubts about whether or not the man made global warming story [1, 2, 3, 4, 5, 6, 7, 8, 9, 10] is nothing but a financial scheme that only brings more fortune for the richest people on Earth. People like the Rothschilds, Rockefellers, Warburgs and Kochs who will, along with banks like Goldman Sachs, also be on the winning team since they will be involved in the “new green order bank.”

Lets have a look at the following 11 quotes of which 8 come straight from NASA.  That’s where the experts are according to the UN and the EU. Right? It must be so because it’s from NASA that most of the data comes in all the “studies.”

Read the following, Just to better understand that human activity is in fact no match at all for powers like the sun and even the clouds.

Now, for some people it doesn’t matter how much facts you put under their noses, I can produce a list with over 100 facts but it would still not be enough for them. They’ve been indoctrinated to such an extend that they’ve already sold their souls to the new green religion. 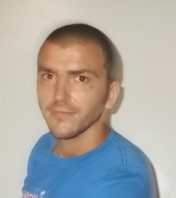 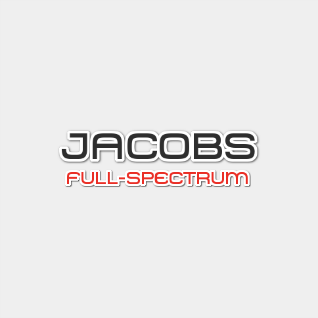